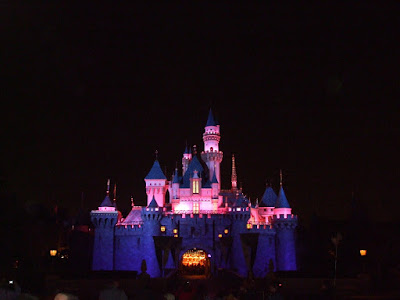 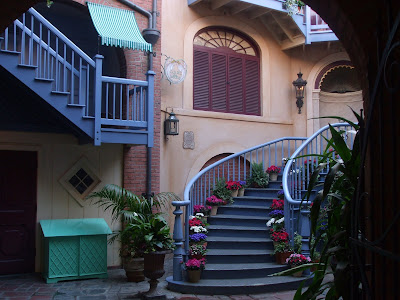 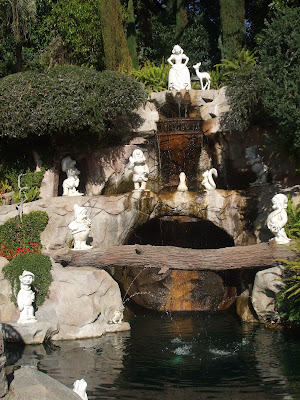 Snow White's Garden (another spot we put some of Aidan)


Well Mike and I got back from Disneyland a couple weeks ago. We went with Mike's brother Pete. It was a good experience. I definitely felt Aidan's presence while we were there.
The first time I felt him there was the first night getting ready to see the fireworks show. The announcer came over the sound system and said that because of winds at a higher elevation the fireworks might not happen that night. I began talking to Aidan saying that if he was there with us to let us know by slowing the winds down so that we could see the fireworks. A few minutes later another announcement saying the show would go on. I got a bit misty eyed after that and the fireworks were beautiful.
The second time I felt Aidan's presence was while we were trying to figure out where to sprinkle some of his ashes. Mike and I had been looking all over the park for a great spot when we realized multiple spots that we like would be okay as well. Late the second day of our trip I thought of Peter Pan's Flight being a good spot because of their trip to Neverland where all of the Lost Boys who never wanted to grow up stayed. I thought that would be pretty fitting. So while standing in line the next morning for the ride, we saw a boy waiting in line with a pair of Mickey ears on his head and his name embroidered on the back. His name was Aiden, not spelled exactly the same but I took that as a sign that Aidan thought it was a good place as well.
And lastly, and kind of creepily when we were getting ready to ride the Haunted Mansion as I was waiting for our DoomBuggy to approach I felt a tug on the back of my pants. We were the last ones in line and I turned around and no one was there. It could have been anything but it felt like a tug that a little child would give when they run up to their parents when they were scared or being shy. Who knows it could have been a ghost, not necessarily Aidan, or it was just a figment of my imagination. Either way it was sort of calming.

So we decided to sprinkle Aidan's ashes in three different spots. The first being Peter Pan's Flight. The second was to the side of the castle, at this little hidden away spot with Snow White and the Seven Dwarfs. It was a beautiful garden area with a water fountain and wishing well. Every once in a while Snow White would start singing the song "I'm Wishing". And lastly in this little tucked away area of New Orlean's Square called the Court of Angels. I will post pictures of two of the spots later on.

I also believe that Aidan was there with you.

thats such a bitter sweat story. love updates from you guys ! love frannie

I'm sure Aidan is so happy. I just went to Disney World for the first time, and it's such a magical place. Great idea to let Aidan be a part of that.

that's a beautiful story. Thanks for sharing it with me!

I'm positive that he was there with you both. How sweet :)
Shan